"Radio is in the blood"

They say things happen for a reason right?

There have been more than a few circumstances during my 26 years on this earth that the above phrase can be applied to; more recently during an episode I’ll now call ‘the lucky escape’.

Back in June, circumstances started to change and I needed to do something about where I was going to live. That sounds really drastic, but it’s really not. As we move forward with careers, relationships and so on, you naturally have to adapt.

At the moment, I’m renting where I live. It’s a lovely little place with convenient links to everything I need and a nice addition, it’s around the corner from where I grew up in my hometown of Penarth. The majority of my school friends have moved away but we’ve all got cars near enough and we all speak to each other on a regular basis.

Anyway, the downside is where I live. It’s pretty expensive for a lone ranger like me and since my housemate moved out in August, I’ve needed to assess my options.

Do I work to live or do I live to work? 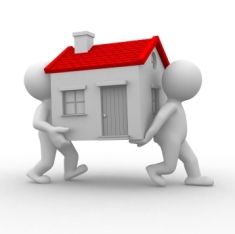 You can answer that one for yourself – to give you a little push, I’d like to spend my life with my nearest and dearest.
During July last year, I viewed a few properties and set my sights on purchasing a nice looking house in Porth in the Rhondda. The two bedroom house was on the market within my budget, a little bit out of the way but it would be more financially viable and I’d get myself on the ‘property ladder’ …

You’d like to think so, but little did I know back then that the few months that followed would be a royal mess and a total cock up!

2 months after viewing the property, the owner unfortunately passed away suddenly, so it went into a process called “probate” (which takes up to 3 months, sometimes longer to sort out, depending on circumstances).  So instead of moving into my new abode as I’d planned to in September, It would be January before anything could happen!

Christmas comes and goes and a New Year is upon me and it seems like all the necessary paperwork has been sorted, so that sale of the house can proceed.

If you haven’t gathered, I’m a first time buyer. I didn’t realise there is so much paperwork when buying a house (and I mean, heaps and heaps of it – whole rainforests have been sacrificed it seems!) – Mortgage applications, communications from various parties – but when those parties assume you know everything, that’s when it starts to fall apart and the cracks start to appear (quite literally)!

I was due to exchange keys to my new place (finally!) on the 27th January … but it wasn’t to be.

It came to light the day of the exchange, the property I was due to buy was covered in damp as it’d been left unoccupied and unattended to for so long.

In simple terms, to put a price on it, there was around £4,000 worth of work that needed to be done. To rub salt in the metaphorical wound, a clause in my mortgage agreement meant I needed to sort out any problems upon completion (approximately 4 weeks) and funnily enough, I was not prepared to stump up that amount of money on my own in that time.

You can imagine, I felt like curling up in a really tiny ball and crying. 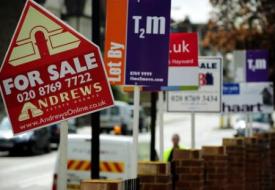 To add to it, the estate agents that I’d been dealing with since July had decided to go sour on me since me finding out the cost of the work that needed to be done and I’d put the brakes on the purchase.

Cutting a long story short, I told them I wasn’t buying the property and within seconds, the phone was slammed down on me (You think I’m kidding, I’m really not!). Considering I’d been patient for the last six months or so, clearly their patience snapped before mine had a chance to. I could not believe how rude they were. It was like dealing with a stroppy child that’s been refused an ice cream because they didn’t finish their dinner.

But it was a blessing in disguise.

Let’s go back to my original point, “my lucky escape”.

I didn’t move into that damp ridden house and I wasn’t going to be spending nearly 4 months wages on fixing a problem that wasn’t even my fault … and that was before making the place my own.

Since the day I found another place to live, that’s closer to people I actually want to be with, rather than being somewhere that seems like a plane ride away I’ve felt happier. A few people have even commented saying that I’ve been a different person.

I don’t mean to sound like a soppy git, especially as it’s a coincidence I’m publishing this on Valentine’s Day – but my goodness, my nearest and dearest have more patience with me than I ever thought. And that’s saying something!

They’re the ones with invites to a flat warming.

And don’t be insulted if you don’t get an invite, it’s only a small flat!

Thanks for reading x

Can’t wait to go back 🚂
I feel this is an improvement ... but some disagree 🤷‍♂️
Ahhh the memories. 6 years ago we were in Bristol for the national hospital radio awards (we won a few that year!) and the night before the ceremony there was a quiz where we came last but didn’t care as the bar was open. (Others taking part were taking it WAY too seriously!)
Chaos earlier. And this was before a 4th person joined. (Yes I named myself!)
❤️
Take one person (me). One clothes horse. And one dry quilt cover. You’re welcome 🤷‍♂️
A different Sunday morning ... One of a few ways we’re helping to get volunteers heard whilst our studio is closed temporarily. So Luke Davies is live on @radioglamorgan from 10am from his house via my spare room 😂
Supporting local businesses is incredibly important at any time, but in these uncertain times even more so. When @bwydiful reopen their doors and you’re in Cardiff, please please please pop by!
It’s a Jamie between two hand sanitizers 👏 @thewavefm until 7 ... Live and local, keeping you company!